I’ve described a creativity technique I use for roleplaying games in a previous post. As promised, here’s an example for a story created with this technique.

The game.
The game we were playing is called Houses of the Blooded. It’s a game about intrigues, romance and revenge – a bloody and melodramatical opera. To establish the drama, the system gives the players a lot of leeway to shape and influence the plot. Speaking of my players, they were all nobles and part of a loose secret order whose members back one another in the courts and ballrooms. 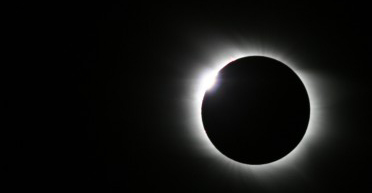 The concepts.
I sent out the call for suggestion and four out of my five players replied with the following concepts:

Looking at these inspirations, one might think that vague concepts (Dream, Betrayal) would be easier to find a use for since they are more generic. That’s true but at the same time they don’t provide nearly as much inspiration as more complex ones.

The plot.
The one concept that resonated with me the most was black moon. This worked really well for me since the color black is the color of forbidden revenge in the world of Houses of the Blooded. This brought to mind the central image of the moon turning black to foreshadow a revenge. The skies gaze down upon the bloodshed to happen.

Given this omen I also knew I wanted to have a more social situation and so I came up with a marriage ceremony. Also since my players had been quite bloodthirsty I wanted them to protect instead of destroy so a prophecy told them to ensure the completion of the ceremony.

Of course the location given was an excellent place for such a supernatural omen, so the entire event was happening at a hunting lodge at a lake on a clearing in a forest. This also defined that the groom was big on outdoor activities like hunting, which meant that a formalized hunt had to be part of the event.

And that was my entire setup. As you can see I only used two of the concepts but it was enough to kickstart my imagination. Then as we went through the two sessions it took us to conclude the story I also used other concepts on the fly. For example I had a Thunderstorm seperate the hunting lodge from the rest and make excursions into the wild for help look like a really bad idea.

If you want to read more about this session, I’ve posted a detailed writeup on the HotBlooded forums.