Another smaller week with not too much happening. 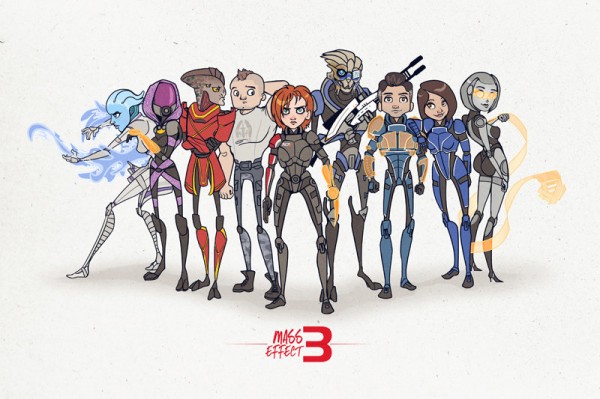 Link: 5 types of things to keep around for game designers
A blog article from my friend Anjin about different sources of “inspiration” that you should have handy. While pretty much everything should be and could be food for thought for game designers, the list is a pretty good one. He mentions Books, Board Game Stuff, Toys, Old School Games and Sketching Tools. One thing he doesn’t mention explicitly and which I think is so well suited to game design is LEGO.

Lego fulfills the Board Game Stuff and Toys category and is an excellent tool. You can simply build mindless things, you can play with them and you can even use Lego to quickly build board games or “paper” prototypes of your game. I’ve personally had a lot of good experience and I try to always have some LEGO on hand when I go into creative brainstorming mode. Also be sure to scatter the LEGO on the table. Don’t leave it neatly stored in little boxes – you need a bit of a mess for everyone to just start grabbing blocks and minifigs to build stuff.

Link: Your Game Idea is Too Big 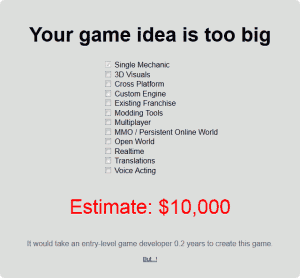 A pretty simple and funny website where you can check boxes to describe the featureset of your game to get an estimate of the money (and time) required. Pretty fun.

Granted, this is obviously a gross abstraction of the actual costs and requirements of game development but sometimes that’s enough. I do believe a lot of projects (both amateur and professional) fail because they are overly ambitious. This is especially often found with student projects, where they want to build the next AAA FPS of their dreams. If a website such as this one can shed some light on the rapidly increasing complexity then that’s a good thing. I do believe that this awareness would lead to more games being built – which is a gain for everyone.

I do plan to show this website to my students to help them understand.

An action movie to be released later this year, looper features both the incredibly awesome Joseph Gordon-Levitt (whom I’ve been a fan of since Brick) and the infinitely rugged Bruce Willis. It looks to be an interesting flick especially since it deals with time travel. Since Bruce Willis is involved it automatically makes me think of the excellent 12 Monkeys. I wouldn’t mind getting another one of those, but it seems like it’s more action and less mind-bendy. Still it’s a movie that hasn’t been on my radar before and has become a must see.

Link: Iron Sky
Speaking of movies, I’ve had a chance to see Iron Sky this week and I was pleasantly surprised. I’ve expected very little and was pretty much blown away. I was especially surprised by the amount of meta-humor and geopolitical hilarity. In general I loved the type of humor on display and it made me overlook the cinematographic glitches here and there. Just about the right amount of campiness. Definitely recommended.