And another issue of Sunday Links. This time with a lot of articles. Mainly because I finally found time to catch up on some of my reading backlog. 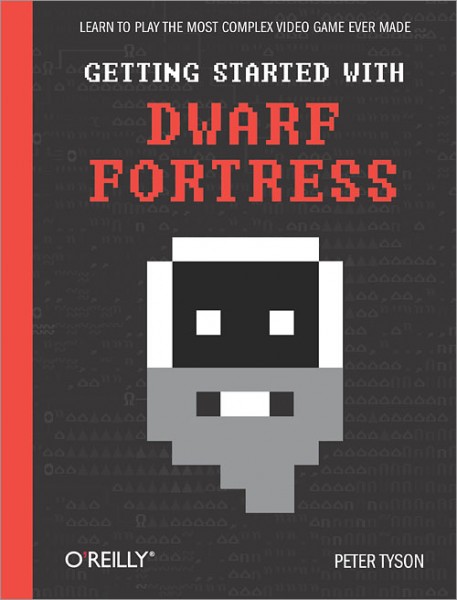 I’m still not entirely sure if this is a hoax but it certainly is awesome. Selling the manual to a video game as a book? Granted there’s been game guides for quite a long time but those usually were large scale commercial releases, and not obscure, hardcore freeware products. Oh, in case you haven’t heard of Dwarf Fortress, you probably best start by Boatmurdered. It gives you a good look into how Dwarf Fortress works and why it’s so awesome to see it fail.

Link: “Cognitive Psychology” Talk at A MAZE Indie Connect
This link shows a few of the slides from Thomas Bedenks (Brightside Games) talk at A MAZE Indie Connect. He presented his thesis which takes models from different psychologists and melds it into one big framework. The goal is to understand how the player and the designer cognitively process, perceive and act on the game (and other things for that matter). The diagrams in the link above look quite confusing at first glance, I have to admit, but they make a lot of sense. If you haven’t yet looked into this topic checking out the link above might give you a start and some keywords to google for 🙂

Article: Superlevel: Cactus Keynote (german)
An article about the keynote from Cactus at the A MAZE festival. It’s a neat little piece that gives you an entertaining glimpse into the creative chaos and the inner conflict of indie games.

Video: The App App
This sketch video is about a app that instantly rates your app ideas. Now if only someone would develop something like that for game ideas. It’d be equally hilarious if you’d ask me. Also this is an excellent segue to my next link:

Article: Why your Game Idea Sucks
This article is already a few years old but still as true as ever. Ideas are usually crappy and not worth a dime – but that’s alright, execution is more important anyway. I’ve just been teaching my basic Game Design course at Gamesacademy in Frankfurt and I’ve spent a good chunk of time discussing this topic. I believe it’s a pretty important one, especially for fledgling designers and when it comes to them chosing their student projects. Also remember the your game idea is too big link from a few weeks past.

Video: If I were a Core

I do not know what it is about portal that brings out the componists and choreographers in people but it certainly is awesome.

Article: Teut Weidemann interview at Quo Vadis (german)
Here Teut talks about his view on the different platforms, their history and possible future. It’s a pretty insightful interview from one of gamings german greats. I had no major disagreements with anything, so that’s good. Right?

Article: The Stanford Education Experiment
This article from wired takes a look at one start up that tries to use web-based learning as a model for the future of education. I’ve found it an interesting read, although not overly spectacular. Regardless I do think that there’s a lot of opportunity in technology to help improve education (which I believe is in a terrible state of disrepair).

Article: Do Video Games need to be Fun?
A written discussion on what video games are and shouldn’t be. Worth a read.

Article: Sham Kickstaer closes down
So it seems like there’s a Kickstarter link each week. After the low point of the Ron Paul Kickstarter I have better news now. A blatant sham Kickstarter was found out and closed down. Not because the Kickstarter company guys did their detective work. Nope. That’s not even remotely doable for them. Instead the day was again saved by the collective power of the internet. Crowdsourced paranoia or sousveillance in a sense. The sleuths of the intertubes figured the sham out and go it closed down. Oddly enough, that gives me hope.