The Wilderness is a place of danger and uncertainty. At it’s core it is an untamed place. Barely touched by civilization it is a dangerous place, a sort of manifestation of the ever present fear of the unknown.

This space is not fit for people to dwell in. In this space the player is a stranger. He is not at home nor is he welcome. He is – so to say – in enemy territory. It is not a place to stand around in idly.

The Wilderness is usually a place that has to be traversed. Often the reason is simply to get to a new place. And since these islands of civilization are far apart one has to cross the intermittent wilderness. Another common reason is to seek out something within the Wilderness. This may be a treasure or object of renown or importance, or a person that has removed himself from civilization for one reason or another.

In the storyworld itself the Wilderness is usually what demarks civilized areas. It is the space that surrounds safe places and thus marks their borders. Beyond the city the Wilderness begins.

For the people living in the predictable safety of civilization the Wilderness is a place to be feared. Most people of this world hesitate to tread there lightly – and if so then only if they are well protected. Only a hardy few make their living in this dangerous place, as guides or hunters. And even fewer dare live there. And even those are most likely dangerous, driven into exile and twisted by their environment. 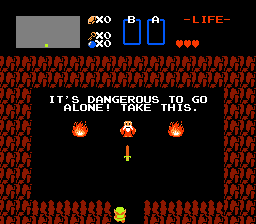 People urge you to be careful, giving (or selling) you equipment to get you through the wilds. [It is dangerous to go alone. Take this.] They will tell stories of the Wilderness and the things that dwell within. Tales of people succumbing to the hazards, vanishing forever.

But that’s not enough, because when night comes, they lock their doors and man the walls. Not only is the Wilderness a dangerous place, it’s influence also extends beyond its borders. It can be the cauldron from which terrible beasts spring forth. Out of the thick underbrush they come at night to steal human children.

The core themes of the Wilderness are uncertainty, uncontrollability and the danger that grows out of those.

Uncertainty often manifests as a limited visibility. It is difficult to overlook what’s happening and to get a complete sense of the space. This means that the geometry is often complex and fractured with many hidden nooks and crannies. There’s a lot of visual cover and sight lines are usually uncomfortably short.

There’s no clear road or path which to follow. The lack of a safe path makes it impossible to see which way is the least dangerous. The Wilderness also often features very poor lighting conditions and/or fog, additionally obscuring it’s dangers.

As with all places in a story it can be of vital importance or provide only a short intermission. In the latter purpose the Wilderness can easily provide some action and suspense to create contrast to the slower paced segments of a story.

If the Wilderness is the place of a vital story beat then it is often where the character is tested. Its uncertainty brings forth many challenges that the protagonist has to face. In video games these are usually to be mastered to continue but in other narrative media a failure is an equally acceptable outcome. 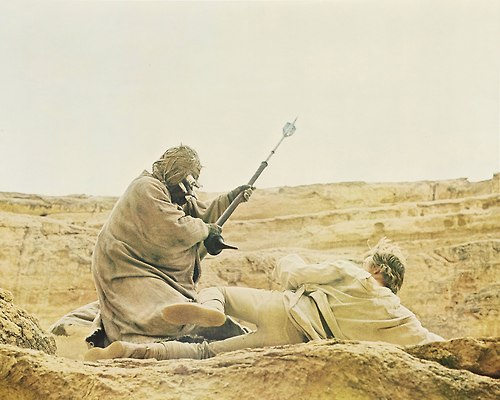 However it can also be a place of unexpected revelations or encounters. Since little is known about the Wilderness, it is where new insights come to light or old items, places, people or truths can be found.

This can also bring out new facets of known characters. The way they deal with the dangers of the Wilderness (or their fear of those) can tell us something about them.

Also like all challenges the Wilderness can be used to show the growing power of the characters. A place that was to be feared has grown familiar and harmless.

In Gameplay terms the wilderness is where danger lurks. This can be anything from bandits or pirates to wild beast and natural hazards.

Navigation is often unclear. There are no or few man-made roads or paths and so a degree of exploration is required. This unordered uncertainty is important to make the space feel unsafe. 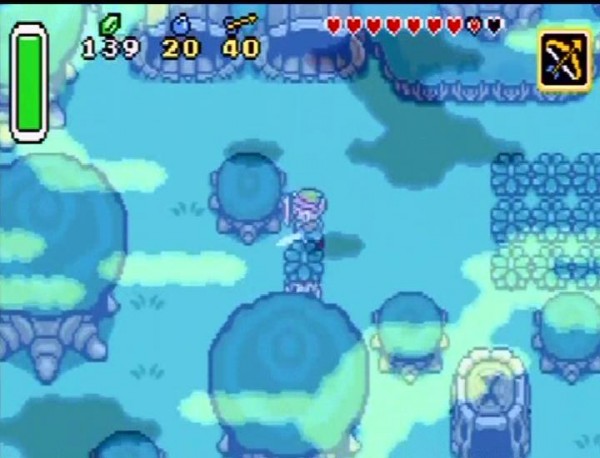 Often the space supports exploration beyond a bare minimum, offering hidden spaces, both rewarding and dangerous. The meaningful choice can be whether to risk the danger and leave the beaten path in the hopes of discovering something or to stay safe.

Danger is often hidden and unpredictable. The movement patterns and appearance of enemies is hard to predict and so every step needs to be carefully measured.

Often the Wilderness features random encounters, where the dangers are different every time one visits the place. These encounters are also usually infinite, that means the supply of danger is never exhausted. It is usually impossible to make the space secure through violence.

On the other hand in many RPGs this can lead to using these spaces for grinding. If this happens then the space has lost it’s danger and has become something else to the player. This also leads to something else, where the environments need to keep up with the escalating power of the protagonist. This makes the Wildernesses grow increasingly diegetically absurd.

The clearest and most traditional expression of the Wilderness is the dark forest. A trope that often appears in classic fairytales. From Hansel & Gretel to Little Red Riding Hood, the Forest is a place of danger, where one is likely to be lost and eaten.

Another common and very pure manifestation of the Wilderness is the dreamland. The dreamland is a space that is not truly real within the diegetic world. It is strange and dangerous through this alone. An example use of this in video games is the Fade as it appears in Dragon Age: Origins.