After the end of year hiatus I’ve finally managed to write another post. And it’s another one of those I wanted to write for a while. It’s about a little Flash gamea called Continuity. I originally played it and planned to write sometime in December and just stumbled over it again via Twitter. So now it’s time for that short article but as with my article on Small Worlds you should give the Game a try first.

So if you’ve played it then it should be obvious why I wanted to point that game out. It’s an excellent example of combining two games into an awesome new thing. Here the boring old tile puzzle was crossbred with the jump and run. The result is a game where the obstacle is not only to reach the exit by running and jumping but also by shifting the space around.

At it’s core the game is incredibly strong as it uses two well known game mechanics together. Most people have played such a tile game and many gamers have had contact with platformers. It’s quickly understood and has a lot of potential. I especially like how the game space poses two different challenges: One as an obstacle that has to be overcome by jumping and running, and one as a puzzle that has to be solved in the correct order.

Unfortunately the game suffers some in the execution. The graphics are very simplistic but not in a charming manner. The pacing is a bit too slow – the game takes too long before the levels start to get really interesting and more complicated. And the Jump and Run part isn’t really well designed – it’s lacking challenge and is mostly very easy or simple. Addmittedly, I didn’t finish it but I thought there was room for moving platforms, crumbling floors and other staples of the genre.

Either way, it’s still a game worth playing for it’s concepts.

The Avatar Machine is an interesting art project by Marc Owens. He tries to represent the aesthetics and viewpoint common in 3rd person MMOs. Certainly worth checking out his video of the device in action.

Granted the camera position isn’t optimal since it’s basically blocking the view on his own path but it’s an interesting take on the ongoing interweaving of virtual and physical spaces. I especially love the “warning” attached to the avatar machine:

The system potentially allows for a diminished sense of social responsibility, and could lead the user to demonstrate behaviors normally reserved for the gaming environment.

Alright my dear readers, the Gamsutra embargo for No More Wrong Turns is up so it’s time to post the article on this blog. In here I’m going to talk about navigation through the spaces of video games and the different tools that help us with that. This is mostly going to be relevant for 3d environments but much can be applied to 2d graphics as well. Also please bear with me, this is going to get quite long. 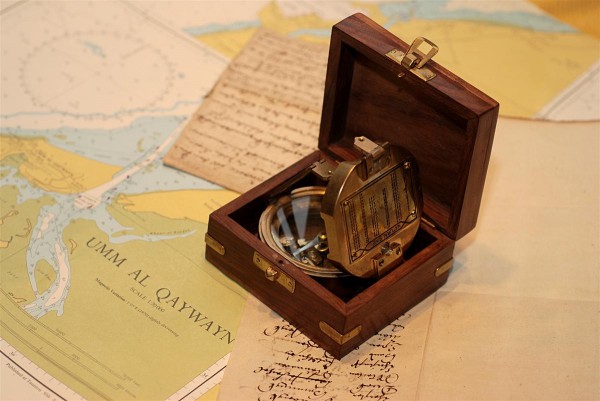 END_OF_DOCUMENT_TOKEN_TO_BE_REPLACED

Alright. The big article is done. It’s going through reviews currently and I’ve also submitted it to Gamasutra. If they approve then all that’s left is to add a whole bunch of pretty pretty pictures. But that stuff always takes way more time than you’d expect. I know cause I keep underestimating this.

Anyway, the title of the article is now:

Hey everyone. No need to worry, I’m still around. I’ve spent the last couple of days working on an article about navigation in video games. It’ll be done soon and then I’ll try and submit it to Gamasutra and possibly also post it here. It’s gonna be good.

And just to tease you guys a little, here’s the introduction:

Alright my dear readers, today I’m going to talk about navigation through the spaces of video games and the different tools that help us with that. This is mostly going to be relevant for 3d environments but much can be applied to 2d graphics as well. Also please bear with me, this is going to get quite long.

With the ever increasing complexity of our games and our game spaces, the need for some support has increased just as well. The earliest games often consisted of only one screen. All the action of the game was immediately visible at a glance. Think of Space Invaders or Pac Man. There are no hidden corners, no secret objectives. Nothing. These games are games of (almost) perfect information: You can see all there is to the game. All pieces are on the board, so to speak.

Nowadays it’s a lot different. The ability to display the entirety of the gameworld on one screen was quickly abandoned in favor of larger environments. Be this through scrolling or through leaving one screen and entering the next. The step to immersive, open worlds in 3d has just emphasized this even more. And that’s before we add the increasing complexity of the gameplay on top of it. Don’t fret it though, there’s help.